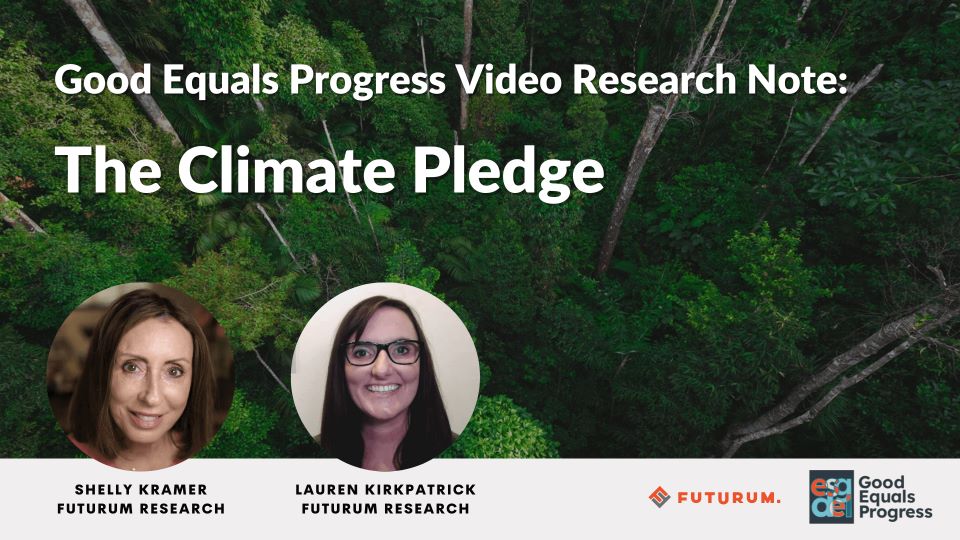 The News: Amazon announced this last week at Climate Week NYC 2022 the addition of 40 new signers of The Climate Pledge, a global call to action to organizations to take action on climate change, pledging to work together to save the planet.

Analyst Take: Amazon co-founded The Climate Pledge in 2019 in partnership with Global Optimism and we’ve covered its growing list of signers for the last couple of years. The Climate Pledge is important, as it is a pledge by organizations all over the world, and of all sizes and across myriad industries, to work together to ensure the health of the planet.

When I wrote about The Climate Pledge in March of this year, I was excited to share that the organization had grown 600%, moving from 200 signers in September of 2021 to 312 signers in March of 2022. That’s 375 companies, from 53 industries and 34 countries — and the list is growing at an exciting pace.

Signing The Climate Pledge is a big step. It requires a commitment to reaching net-zero carbon by 2040, a full ten years ahead of the Paris Agreement. In addition to that pledge, organizations who make the commitment all play important roles in aiding in the development of and investment in low-carbon services and products. It’s a massive understatement to say that their commitment to The Climate Pledge goes a long way toward making significant climate change a reality.

My colleague and fellow analyst here at Futurum Research, Lauren Kirkpatrick, and I recently covered this news in an episode of our newest webcast, Good Equals Progress, focused on all things sustainability. Here’s a short video vignette of The Climate Pledge news.

And here’s where you can view the entire show if you’d like:

Or stream it on your favorite streaming platform:

And if you’re into sustainability like we are (and we hope you are), hit that subscribe button and come along on this journey with us.

Ogilvy UK Takes a Stand for Authenticity in Influencer Marketing

Microsoft Cloud for Sustainability: Available for General Use Starting June 1

However, I do like to highlight sometimes some of the big names in participants, and some of the newest signers include Impossible Foods, the Seattle Storm, the four time WNBA Champs, go Storm, the adventure gear brand Cotopaxi, American Family Insurance, Figma, who’s been in the news this week, HPE, Prologis, Ripple, the Seattle Aquarium, and many more. So here we are, 375 countries across 53 industries and 34 countries and growing. And I wanted to also share, every time I write or talk about The Climate Pledge, I’m just such a fan girl. But I do believe that it is such an important organization. What becoming a member, what becoming a signer of the pledge requires is a commitment by your organization to be net zero carbon by 2040. That’s 10 full years ahead of the Paris Agreement. So it is no small pledge. It is no small undertaking.

Organizations who make the commitment all play very important roles in the development of and the investment in low carbon services, products, and their commitments to The Climate Pledge. So The Climate Pledge represented a big vision and a bold statement. Global businesses are responsible for what’s happening, for what has happened to planet Earth, and they need to be accountable for helping to drive transformative action and affecting change, migrating away from some of the damaging things that we’re doing, protecting the environment from the impact of climate change. So really is an important undertaking. One of the things that Jeff Bezos, Amazon’s founder said early on when The Climate Pledge organization was first founded was that if a company with as much physical infrastructure as Amazon, which delivers more than 10 billion items a year, can meet the Paris Agreement 10 years early, any company can. I don’t know. It’s kind of hard to argue there.

So this is incredibly important. Something coming out just this spring was in April of ’22, the UN released a report which found that increasing corporate and government greenhouse gas emissions across all major sectors globally, were pushing the planet toward a tipping point that could lead to cascading and irreversible climate effects. Folks, the reality of it is, I think we’re already seeing a lot of those. What’s happening in Pakistan, what’s happening… Tsunamis in Japan and flooding here in the United States and drought and wildfires. I mean, you name it all over the world, we’re experiencing the effects of climate change.

Lauren Kirkpatrick: Yeah, I think it’s wonderful to see so many companies that have signed onto this agreement. And I think it’s great to see companies taking responsibility and not waiting until governments step up and saying that they have to take responsibility. With 375 that have signed on so far is really impressive. And like you said, it’s really great to see that there in so many different areas and industries from that WNBA team to technology sectors.

Shelly Kramer: Well, to the Seattle Aquarium. I mean there’s a Seattle focus right now. Obviously Amazon is headquartered in Seattle. That is not where all these organizations are. But I do always think it’s interesting to mention the little guys who are a part of this because all of us are in this together, right? And so I think sometimes when people hear about a commitment like this, a pledge like this, a partnership like this between Amazon and Global Optimism to develop The Climate Pledge, I think sometimes people think, “Oh, those are all big players. I’m too small to make a difference.” But the reality of it is we all make a difference. And so I think that is really, really exciting. And I think that Amazon is a giant, right? And so seeing what that company is able to do and committed to doing to affecting change, I think is super important. 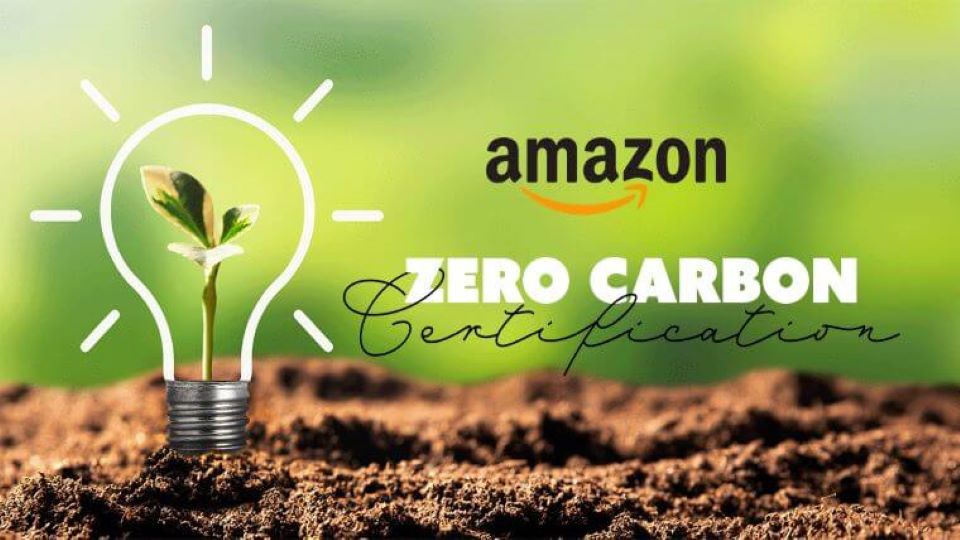